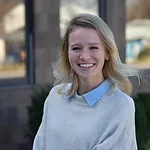 The National Recreation and Park Association in collaboration with the Young Professional Network and Parks and Recreation Magazine has created its 30 Under 30 recognition program to honor the best and brightest young professionals in the parks and recreation field. In its inaugural year, over 100 applications were received from 29 different states highlighting the achievements of young professionals across the country. Hopewell Recreation and Parks is excited to announce that AJ McCage, Community Programs Supervisor, was selected as one of the 30 honorees. After being with the department for a short time, AJ hit the ground running immediately implementing programs and building new partnerships in the community. She quickly partnered with Hopewell City Public Schools and Special Olympics of Virginia to facilitate the Young Athletes program at Woodlawn Learning Center. The program brought meaningful structured recreational activities to children with physical or cognitive disabilities. Miss McCage was also instrumental in helping plan and implement the Jack-O-Lantern Jamboree, a small special event designed for young children and families with sensory-friendly and adaptable activities. Most recently, AJ took the lead on providing structured activities for the Hopewell CARES Childcare Pilot Program, a virtual learning and childcare program designed for Hopewell's at-risk elementary students. Due to the time constraints with the program, AJ had to pull together a team of 12 brand new staff and plan all activities and supplies in less than two weeks. Before joining Hopewell, AJ had built a significant therapeutic recreation following and program series for the City of Colonial Heights. She currently serves as the Chair of the Central Service Area of the Virginia Recreation and Park Society and as a member of the Special Education Advisory Committee with Hopewell Public Schools. Please join us in congratulating AJ on this awesome achievement! 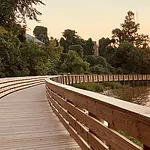 Governor Ralph Northam provided opening remarks and shared that "These projects and initiatives go hand-in-hand with our administration's priorities and they really showcase effective partnerships and innovative ideas. For example, the City of Hopewell's Hopewell Riverwalk is a valuable tool for promoting healthy lifestyles, environmental stewardship, and economic growth. Creating more access to recreation and conserving land is an important part of the equation." The Hopewell Riverwalk opened for public use in the spring of 2019 and has quickly become one of the region's most popular recreational assets. The 1,736-foot wooden boardwalk project was made possible with the participation of many community stakeholders like the Friends of the Lower Appomattox River and the John Randolph Medical Center. The project was organized and administered by City staff, specifically the departments of Recreation and Parks and Public Works (Engineering), in addition, to support from the City Manager's office. The Riverwalk was constructed by John K. George and Co. in just under five months. Plans have been approved for the second phase of Hopewell's Riverwalk, which will extend the walkway an additional 1,400 feet to the Hopewell City Marina. Construction of Phase II is slated to begin in the spring of 2021. 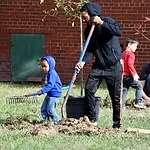 Delegates from around the state gathered virtually at the 65th Annual Conference of the Virginia Recreation and Park Society. The conference provides an opportunity for recreation and park professionals to discuss areas of common interest, learn emerging trends in the industry, and acquire valuable professional development skills. Highlighting each year's conference is a formal presentation of awards. This statewide program honors individuals, departments, and organizations throughout Virginia who have demonstrated excellence during the previous year. More than 90 applications were submitted vying for awards in 14 different categories. Judged by a jury of its peers, Hopewell Recreation and Parks was recognized in four categories. Awards received are listed below:

The department joins a very small and elite group of agencies from across the state to be recognized in three or more categories. "We are fortunate to have a team of staff who are hard-working, dedicated, and very creative in addition to very supportive community partners," said Aaron Reidmiller, department director. The department would like to thank the many citizens who continue to support the department in all of its endeavors. 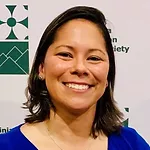 Tabitha Martinez, Special Events Supervisor, received the Outstanding New Professional Award, one of the Virginia Recreation and Park Society's highest honors. Tabitha achieved her Certified Parks and Recreation Professional status during the award period and has also been elected to serve as the Chair-elect of the Central Service Area of the Virginia Recreation and Park Society. Ms. Martinez coordinates a variety of large events and programs for the department like Rockin' on the River, Hopewell Haunts, Light Up the Night, Wonder City Ice Skating, and all of the department's summer camp programs. She has secured over $50,000 in grant funding for the department to support summer camp programs in the past two years. Tabitha is an asset to Hopewell Recreation and Parks and the City of Hopewell in the work that she does to serve the citizens. 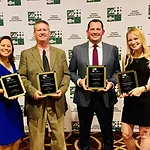 Over 500 delegates from around the state gathered at the 64th Annual Conference of the Virginia Recreation and Park Society held in Tysons Corner, Virginia. The conference provides an opportunity for recreation and park professionals to discuss areas of common interest and to engage in professional development opportunities.

Highlighting each year's conference is a formal presentation of awards. This state-wide program honors individuals, departments, and organizations throughout Virginia who have demonstrated excellence in any of several areas during the previous year. 115 applications were received vying for awards in 14 different categories. Judged by a jury of its peers, the society presented Hopewell Recreation and Parks with awards in the following categories: 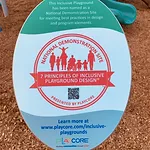 The Woodlawn Park renovation design has been recognized by PlayCore as a National Demonstration Site for best practices regarding inclusive play. The recognition also allowed the playground project to qualify for over $50,000 in grant funding from Cunningham Recreation through the VRPS Promotes Play and Recreation Initiative. The park renovation is currently under construction. When completed, the new playground will offer a variety of inclusive play equipment including wheelchair-accessible play structures, zero-G swings, merry-go-all, sensory wave arch, and various other features like paved walking trails, new picnic pavilion, and updated park amenities. The project is slated to be completed in May 2019. 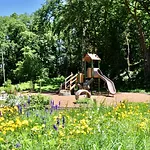 The department received the Best Park Renovation Award from the Virginia Recreation and Park Society for the City Park Improvement Project. The award was presented at the Annual Conference Awards Banquet held on November 5, 2018 in Henrico, Virginia. The City Park Improvement Project was funded by the American Water Charitable Foundation. The $150,000 grant was used to completely renovate the waterfront park space with new nature-inspired play equipment, climbing boulders, over 400 shrubs and trees, interpretive signage, walking trails, fencing, parking improvements, and more. The goal of the grant is to connect children with the natural environment while promoting environmental stewardship and conservation. City Park also serves as the trailhead for the Hopewell Riverwalk, a 1,700-foot linear elevated walkway that follows the shoreline of the Appomattox River. 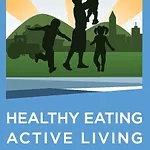 The City of Hopewell earned its HEAL Platinum Status from the HEAL Cities and Towns Campaign. HEAL is an acronym for healthy eating and active living. The City of Hopewell became a HEAL City in 2015 when City Council passed a HEAL resolution, obligating the city to focus on healthy eating and active living as a vital part of its decision-making and policy development. The Recreation and Parks Department is the lead agency managing the HEAL initiatives and has progressively completed each level of recognition. The department's recent facility improvements, programmings, and policy development earned the top honors through the campaign. The City hopes to continue to find new ways to promote healthy eating and active lifestyles for all of its residents.

Class RegistrationSign up for classes
Events